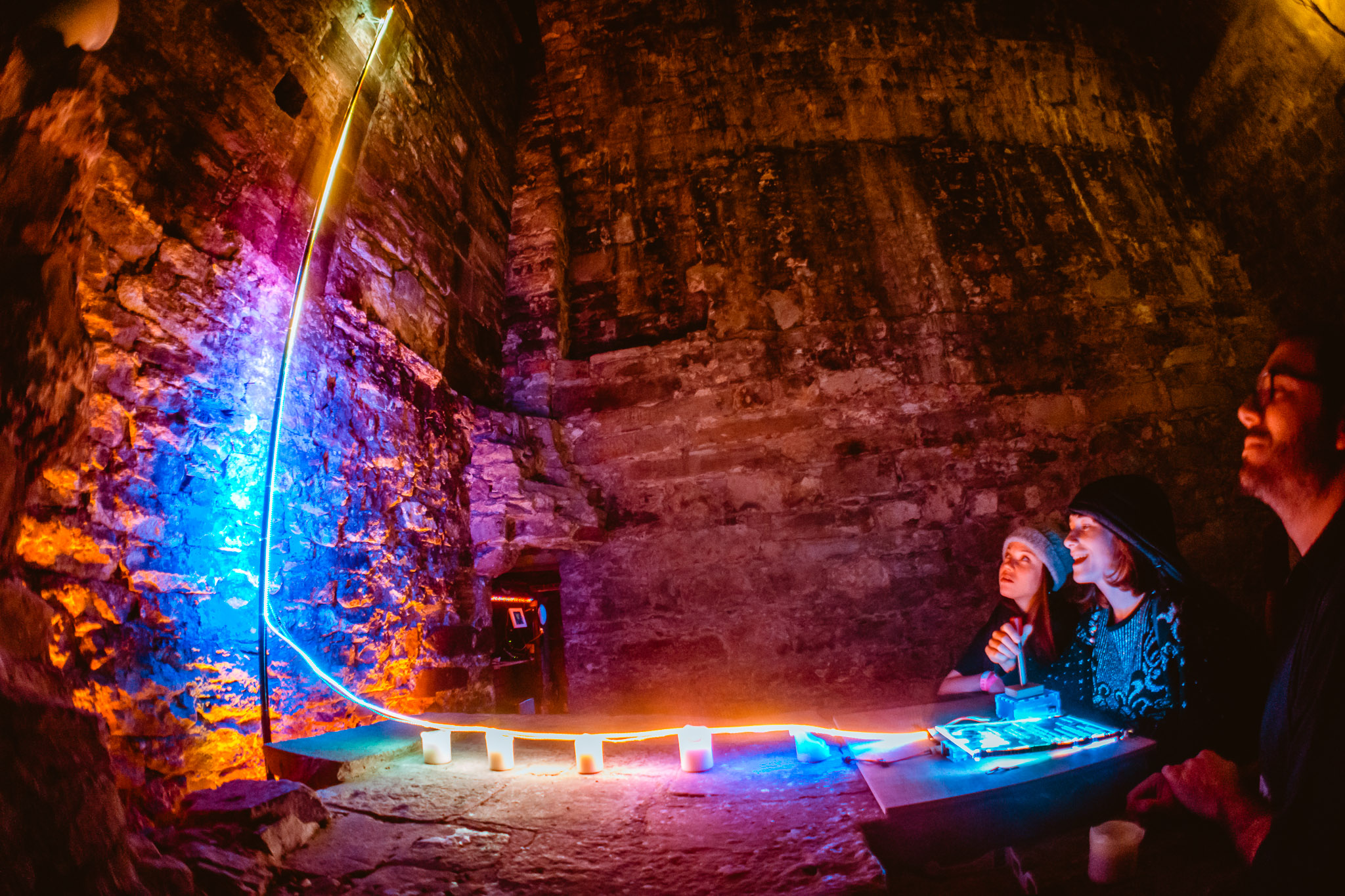 Line Wobbler, created by Robin Baumgarten, is an adventure video game placed on a long line of luminous points, called LEDs. With the help of a flexible joystick, the player must moves his character, one of the LEDs, in a one-dimensional line world.
The player will have to overcome obstacles and face enemies in order to find the exit.

Robin Baumgarten has already exhibited his work in many prestigious festivals and venues, from the Burning Man in the United States to the Victoria and Albert Museum in London, winning various awards, such as the Game Design Award at the Indecade 2015 in Los Angeles and the Audience Award at the Tokyo Game Show in 2016.